What is the Purpose of Defensive Driving?

Defensive driving is a crucial element for anyone who gets behind the wheel of a moving vehicle, regardless of where you live. It reduces the chance of collision, injury or loss, improving public safety for all citizens in the state of California and elsewhere. Attending a California defensive driving course online is one of the easiest and most effective ways to make sure you are adhering to both federal and California state laws governing motor vehicle operation, while at the same time learning valuable techniques for thinking proactively. A 24-7 traffic school online allows you to obtain the information at your own pace while absorbing and reviewing the skills involved in California defense driving.

Goals of a Defensive Driving Course

The U.S. Department of Transportation states that the goal of defensive driving is “to prevent accidents by trying to anticipate hazardous situations and adjusting driver behavior to compensate." Traffic schools online aid in this learning process by teaching drivers how to recognize potential road hazards well in advance and know how to avoid them. 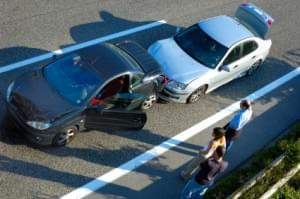 Assuming errors on the behalf of other drivers and learning how to maneuver safely when problems arise are inherent components of any traffic violator school, including defensive driving on line programs.

Poor hazard detection, low risk perception and risk-taking are consistently identified as major causes of accidents throughout the United States. The National Highway Traffic Safety Administration (NHTSA) crash statistics reveal 2,715 traffic fatalities in the state of California in the year 2010 alone. Though this is high, the numbers have been considerably reduced over the years since 2006, when 4,240 fatal accidents occurred on California roadways. This can be attributed in part to the rise of online traffic programs that provide access to every driver, regardless of their schedule or finances. Utilizing a cheap traffic school online course can save more than just money – it can save lives.

Safe passing maneuvers, parking procedures, turning techniques, proper vehicle maintenance and pedestrian awareness are all part of the curriculum at a DMV traffic school online program, as well as identification of dangerous activities such as passenger behavior, driving when intoxicated or with insufficient sleep, and mobile phone usage. 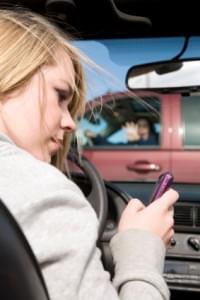 Distracted driving has been called the “new drunk driving.” Whether it involves music, kids, eating, talking or texting, diverting your attention from the roadway will significantly increase the chance of serious accidents. An article in The Economist on April 14, 2011, cited a study by Carnegie Mellon University that used brain imaging to prove a 37% decrease in parietal lobe activity when listening to someone talk on the phone. Since this is where spatial tasks are processed, this will inevitably inhibit proper driving functionality.

Another article in the Washington Post on May 20, 2012 reports statistics from a poll in California revealing that cell phone use while driving was more of a concern that driving while intoxicated. The revelation came from David Teater, a transportation director at the National Safety Council whose own 12-year-old son was killed by a driver using a cell phone while driving a Hummer through a red light.

California defensive driving schools provide every driver with the tools they need to ensure safety for all members of society. The ability to protect yourself and your loved ones from hazards on the road will be exponentially increased with the successful completion of taking a traffic school course online.

References for Statistics and Quotes:

How do I know if I am eligible to attend this course?

It depends on the court or department that is requiring you to take the program. In most cases, the court will send you documentation stating that you can enroll in the program.

How often can I take this course?

You can take our course as often as you want to refresh your knowledge. For DMV or court credit however, you may only take this course once every 18 months. The 18 month period is calculated from the traffic citation/violation date, not traffic school class attendance date.

How do I register for this course?

First be sure you are eligible to take this course. Registration for this course is quite simple. Just complete all the appropriate fields and you can get started right away. You may also call us at 855-374-6211. Either way, it just takes minutes and you are able to start right away.

How quickly can I finish this course?

The great thing about this course is that you work at your own pace. No one is sitting over your shoulder making you slow down or speed up. Everyone reads at different speeds and this program will allow you to proceed at your own pace with no time maximum for the program. The average completion time varies on your reading ability, but should never take more than an actual sit down class.

Must I complete this course in one sitting?

The On-Line Traffic School, Inc. is designed for the person who does not have a lot of time. You can complete one segment, for example, log off, and then log back on at a later time, and the computer will record the section you have completed. You can log on and off as many times as you wish until you complete the program. You can also do the entire course in one sitting... it is up to you.